It’s fall again Here are some seasonal images I’ve taken so far. There’s the Lost Creek covered Bridge just outside of Lake Creek, OR. and the Butte Creek Mill in Eagle Point, OR., and Lithia Park in Ashland, OR.

We recently got out of the heat (100+) and went to the coast at Florence and Bandon, Oregon. The weather was perfect. We did all the usual touristy things, tried not to spend too much money.  I made a mosaic of the Cape Blanco Lighthouse near Port Orford, Oregon. It is comprised of nearly all the photos taken on the trip! 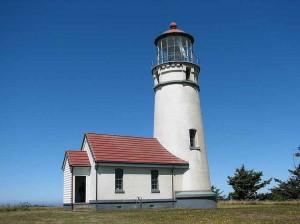 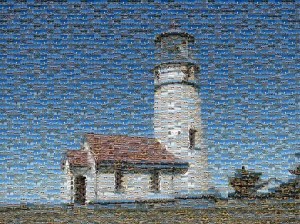 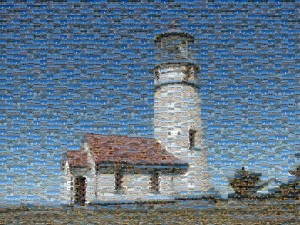 I like to experiment around with different marinades, yesterday I came up with a concoction that was more than just alright. I’ve used Balsamic vinaigrette dressing before with chicken straight out of the bottle but I doctored it up for our flat iron steak we grilled. I like to use the gallon zip-lock bags to marinade, also we love the “Newman’s Own” brand, the one with Paul Newman’s face on it

This is for beef. For chicken, sub- red wine for white wine, or leave wine out.

(depending of course on how much meat you’re covering,)

Nothing is better than tender pork loin grilled to perfection in the great outdoors, unless of course it’s a beef loin or, fillet Mignon. We bought those large loins and cut them in two or three pieces and freeze them. Most or all I should say, should be tied with butcher string right out of the wrapper, or they’ll fall apart.

We enjoy them many ways, but my favorite so far is marinated in my teriyaki sauce (see link) for at least a couple hours. then grilled:…

with direct heat about 30-40 minutes, or until the middle temp. reads 155°-160° flipping once. Let it ‘rest’ for 15 minutes, this will finish the cooking to correct doneness without drying and keep in the juices.

We basically grill out year round. I’ve even figured a way to stay dry in a torrential downpour. Summer though it is almost a must what with the heat, we don’t like heating up the house with a stove and especially the oven running for an hour or so. Even left over pizza, we figured out during a kitchen re-model how to warm up pizza on the grill!

The mainstay is my teriyaki sauce I use on almost all meats once in a while. It is “semi-homemade” as I mix pre-bottled sauces to make it.

I use Kikkoman teriyaki and soy sauces as they are a Japanese brand.

I mix the honey in good with one of those ‘springy’ type gravy whisks, mix all good. May be injected as well.

I will be blogging grilled dinners and this is the teriyaki sauce I will be referring to with a link back.

Saturday evening, I read in the local newspaper that the original steam engine that ran between Medford and Jacksonville, (OR.) starting in 1891, was displayed in the Oregon 150 party/parade in Jacksonville earlier in the day. The paper also said it will remain at Bigham Knoll school until Monday, when it’s current owners were going to take it back to California.

Sunday, my Wife, her friend and I went to the school to get some shots of it. It wasn’t there, “lets look downtown”. When we got downtown, nothing there either. The kind lady at the Info center, the old Depot, said “They’re sportin’ it around to show it off, try Alba Park, or Hawthorn Park in Medford.”

We looked at Alba Park, nothing there. Went to Hawthorn Parks south entrance, nothing there. “Oh well, let’s go to Dairy Queen”… on the way to Dairy Queen, we went past the north end of the park, my wife says “Look over there, under those trees, is that it?”. about 150 yards away, in the shade, under some trees was a silhouette of a little train we missed on our first pass through the park. “That’s it” I said, just getting a quick glimpse and having only seen a picture in the paper, it was red and black as far as I could tell. But we were going the wrong direction.

After looping around through town, probably breaking a few laws, my wife’s friend says “Drive much”, I replied, “This is how I drive when I’m chasing a train.” We arrived at the park, The train was barely visible with people and trees in the way. It wasn’t until I got right up on it that I realized… “Honey I chased a bar-b-que”

Oh well… lets go to Dairy Queen now. I did eventually go back to the school in the evening and get some shots of it. notice the very close resemblance…

They sure look close to me! Here are some more shots of this historic little engine.

Saturday June 13th was McKee Bridge Day at, where else? McKee Bridge. Built in 1917, it is now a pedestrian bridge only. There is a nice park next to the bridge, and a great swimming hole.

This photo has the history of the bridge. 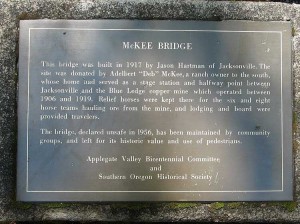 We enjoyed ourselves. we had a hot dog lunch and homemade root beer floats were also available.

I got a chance to chase the Pig Train through the Cantara Loop on down to Castella this last week. It’s called the Pig Train because of the Piggyback configuration of the trailers on the flat cars. Back in the ’50s-’70s, Southern Pacific even had special trailers with a cute cartoon pig on them for this service. 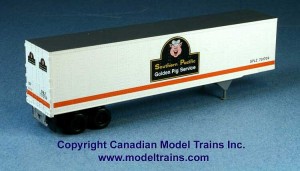 These days, it seems, there are mostly ‘Swift’ trucking co. trailers on this service.

I have more pics and dialog about this on my updated website tunnel13.com

We went to the local animal shelter and fell in love with “Mignonette” or Minnie. My wife named her this as she is a dainty little princess. Minnie is what is known as a “Tuxedo Cat” having black and white markings. She is so playful and sweet and a real riot. Our other older cat, “Kitty”  likes her well enough too.

She has really taken to us and is comfortable in her new home, as you can see!

You may have found this blog searching for an answer to why your taskbar icons disappear occasionally after a startup. Usually the speaker icon and a few others as well.  I read that this is a known Windows XP problem that may have to do with UPnP and that it also happens most when you don’t have the “Hide inactive icons” unchecked in the taskbar settings… (right click taskbar, click properties, uncheck last box at bottom)

For UPnP (Universal Plug and Play), simply go to “My Network Places”  and click “Hide icons for networked UPnP devices” in the left pane. Don’t ask me why but it worked for me. 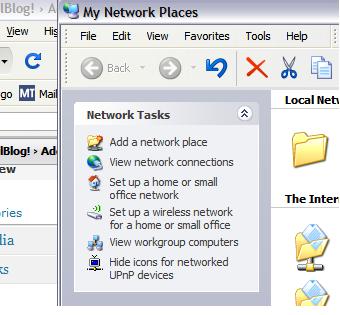 Please read the website I found here, it is more extensive as I’m not a computer geek, I just like to pass on helpful tips.